Population Growth and Deforestation: A Critical and Complex Relationship

Posted on August 4, 2021 by Christina Griswold

During the last two decades, agricultural expansion, logging, development, and other human activities caused the deforestation of more than 120,000 square kilometers each year. In contrast, an area only one-tenth that size was regained due to reforestation efforts and natural re-growth. You can read the full info here about the impact of deforestation on the environment. 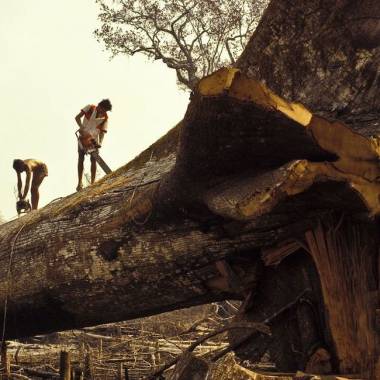 This is the continuation of an historical process that has left the world with less than half of its original forests. While population growth and density are unquestionably related to forest cover trends, there is no simple way to describe or predict that association. Not surprisingly, the relationship is as complex as the regional and cultural variations in human societies and the changes in those societies over time.

From the deforestation studies to date, a few generalizations can be made. At extremely low population densities (less than one to two persons per square kilometer), it is possible to maintain large amounts of forest intact in areas where the population can be sustained primarily through the harvesting of non-timber forest products rather than by agriculture.

However, even in sparsely inhabited areas, external forces such as demand for timber or cattle in other parts of the country or world can lead to deforestation that is not closely related to local population growth.

As agriculturally based population density increases in and near forested areas, the strongest relationship between population growth and deforestation occurs, as local people and young migrant families arrive at the forest frontier and clear land to provide more area for subsistence farming.

While population growth continues to fuel deforestation, the effects of deforestation on population are also becoming pretty obvious in the form of climate change and related environmental issues which has put us on toes of late.

That explains why developed nations like the United States and Russia have gone into a damage control mode, and are trying their best to recover forest cover which they lost to extensive deforestation during the initial phase of economic development.